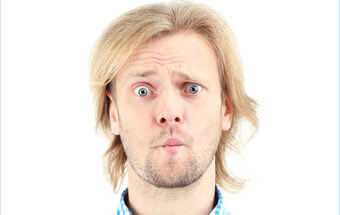 Sometimes it seems as if the whole world around you has gone mad. And then you begin to doubt that yourself. “Am I still sane?” you ask yourself. Sometimes that is what a dysfunctional culture can do to you. It makes you doubt what you thought you knew for certain.

I was talking with a client is who leading a major transformational change and she was beginning to see signs of it all unravelling. Even the people who were supposed to be taking the lead on certain aspects of the change were flipping between platitudes – “everything is fine” – and defensiveness. She needed to talk to someone sane, so she called me. In this example, our culture can be dangerous: it can blindside people to very real problems. If enough people agree, they can be denial until there is a disaster is inevitable. Culture can do that.

Here are some common symptoms to watch out for:

Another way of describing culture is a conspiracy of conceit. Culture can seduce us into acting like lemmings; we are about to rush over a cliff to our deaths and we all think we’re doing fine. We take false comfort in each other. An antidote is to listen to someone from outside, who is not in that culture. And that’s hard to do when your first reaction is to say, ”But you don’t know how we work here.”

I told my client, “You’re not crazy!” She needed to hear that, in the teeth of such huge cultural inertia. She is doing well but needs encouragement, support, and guidance, in that order.

Question: How do you support your colleagues when they are not going with the cultural flow? I’d like to hear how you do it.

Please log in again. The login page will open in a new tab. After logging in you can close it and return to this page.